Out of the Boulder Dam come a few dozen rods of copper — long, long, long rods of copper perhaps the thickness of your wrist that go for hundreds of miles in all directions.
...
until finally the river is spread throughout the whole city—turning motors, making heat, making light, working gadgetry. The miracle of hot lights from cold water over 600 miles away—all done with specially arranged pieces of copper and iron.
...
Stop the big wheel, and all the wheels stop; the lights go out. They really are connected.

Here’s an interesting thing you might not have realized about the electricity coming out of your wall sockets: Nearly all of it was produced just an instant ago by some power plant many miles away. The energy powering your lights and appliances is not requested, packaged up, and delivered in some orderly fashion; it’s slurped up by your wall socket at nearly the speed of light. Meanwhile, a factory must immediately dump exactly the same amount of power into the grid to replenish it. The grid acts like one big closed system with very little wiggle room. So factories must constantly spin up one moment and shut down the next to meet everyone’s shifting demands.

If this system seems a bit frantic and helter-skelter, it’s because it is. Generating power in real-time without much buffer is risky and expensive; too much power will damage equipment, and too little power will cause blackouts. So why have we not improved this? Because it’s very hard to build a battery large enough to support the whole grid.

This blog post and its follow up post are about building a battery big enough to support green energy. But first, it's important to understand why stored energy is so critical.

Earth, we have a problem.

Climate change is on track to cause “substantial damages to the economy, environment, and human health over the coming decades.” And our current efforts to mitigate climate change “do not yet approach the scale considered necessary to avoid [those damages]”. (National Climate Assessment Report)

Did you catch that phrase: “do not yet approach the scale”? That translates to, “we’re not even close”. Do we need to spend 10 times or 100 times more money on this? Do we need radical new solutions? The truth is, we don’t fully know yet. And probably yes to all the above.

We will pay for this disaster. So let’s invest in preventative solutions which will be healthier and cheaper in the long run.

So, what’s the good news?

Here’s the good news. Many state governments like New York have already passed ambitions legislation to work towards this goal. New York, which already generates nearly 23% of their power from renewable sources, has set the following targets for 2030: (https://rev.ny.gov/)

A battery big enough for a whole country.

Building more energy storage is a very hard problem, but it’s necessary. It’s an important step for making our power grid more secure, and as I’ll explain below, it’s a hard requirement for eliminating our dependency on oil. To understand why, we need to look at a little graph in the shape of a duck.

This little duck is a big headache.

Solar power looks to be our most promising solution to switch from oil-dependence to green energy. The cost of solar is dropping rapidly and is on track to be cheaper than coal by 2020.

But the obvious problem with solar is that the sun doesn’t shine at night, and it doesn’t even shine consistently during cloudy days. This causes wild energy fluctuations in the grid, which happen to look like a cute duck, but which cause a very ugly headache for our power grid. Here’s a video explainer.

As shown in the video, energy storage is a critical missing piece of our power grid. Our grid currently relies on fossil fuel “peaker plants” which accommodate the ever-changing electricity demand by spinning up and shutting down. When a whole city turns on their AC units, the peaker plants jump into high gear. These peaker plants are inefficient, dirty, and expensive. And this problem will only get worse as we add more solar power to the grid. That’s why we can’t just add more solar to meet our green energy goals; we also need to increase energy storage.

Defeating the Duck: With a grid-sized Battery

How big would a battery have to be to store the whole grid? Bigger than we know how to build.

When you think of energy storage, you probably think of electrochemical cell batteries — like the ones in your flashlight, or phone, or electric car. But those kinds of batteries are still far too expensive to hold the energy of a whole live power grid.

It’s only in the last few years that batteries like the tesla power wall could start to compete economically with peaker plants, which are expensive to operate, partly because they must sit idle for much of their lifetime. Could tesla batteries affordably back up the whole grid running just solar and wind? Not at today’s prices. An electrochemical battery storage system big enough for the U.S. to go just 80% renewable would cost more than $2.5 trillion. And the lifespan of such batteries is only about 10 years. Ouch. It gets worse. Between 80% and 100% renewable energy, the cost goes up exponentially. At 100% wind and solar, you would need more than a month’s worth of storage to avoid blackouts.

So if batteries can’t scale, what alternatives do we have? Well, there are lots of ideas: Compressed air energy storage, Molten Salt Thermal Storage, Non-lithium batteries, Thermal storage, Flywheels… Unfortunately, despite many interesting examples of these technologies, none have been demonstrated to work on a large scale.

But! There is one technology that far exceeds the others. It’s the oldest, simplest, technology of them all, and it makes up about 94% of our current grid energy storage. What is it? Pumped Hydroelectric Storage. AKA, moving water up and down a hill.

I was pretty surprised to learn that 94% of the world’s energy storage came from pumped storage. As it turns out, simply pumping water up a hill and then running it back through a hydroelectric dam is really freakin efficient. The full-cycle efficiency is roughly 70–90%. That kind of efficiency is hard to beat, especially if you already have a hydroelectric dam you can hook it up to.

It's an old technology, and it's still compelling today. Indeed, the increased demand for energy storage is already sparking new, ambitions pumped storage projects. Take for example the Hoover Dam – the very same renamed Boulder Dam poeticized by Feynman. The Hoover Dam is slated to undergo a $3 billion retrofit to add pumped-storage technology.

Pumped Storage: Into the Future

Is building more Dams the solution? It’s part of the solution. But building new dams comes with it’s own controvieries. Once a dam is built, it’s a wonderful source of green energy. But the construction of new dams is expensive, and it can damage local ecosystems. Most importantly, we simply might not have enough suitable dam locations to meet our future energy storage demands. So if not Dams, what?

What if we Dammed the Ocean?

I was pretty shocked to learn just how much energy storage we will need to support green energy. Seeing as pumped storage is our cheapest, most efficient way to store energy, it seems prudent, if not necessary, to rapidly expand our capacity. So how can we pump enormous volumes of water up and down a giant hill? It seems obvious where to get vast quantities of water: the ocean. But the hard question remains: where to get a giant hill?

I have a possible answer which I would like to share. Please read about these design concepts in my follow up blog post: Can we create the world's largest battery deep below the sea? 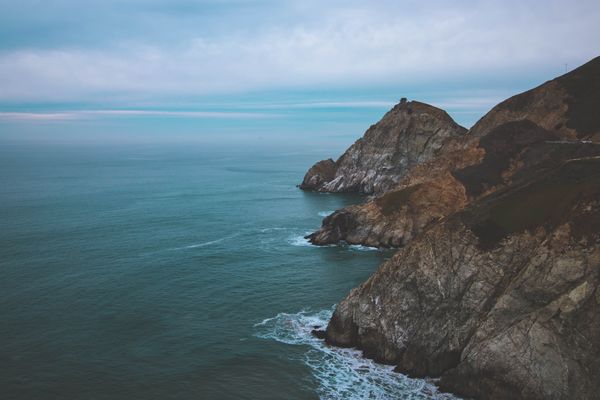 We know the ocean can help us generate power through wave and tidal energy. But can it also give us a battery to store energy?

A strong building depends on a strong foundation. A robust web application has similar needs. A good starter kit can save you time and keep your app healthy over time.

Syllable Blog
—
Quitting oil requires energy storage. A lot of it. Here's why the only battery big enough might be water and gravity.
Share this