This post is part two in a series. Part one explains how energy storage plays a critical role in fighting climate change. As I explain, it turns out that replacing fossil fuel with green energy solutions is not possible without also rapidly expanding our stored energy capacity.

Our cheapest, most efficient technology for storing energy is called pumped hydro storage. A pumped storage battery is just a pump sitting below a dam. The pump spends energy pumping water uphill, and then the dam recaptures that potential energy with turbines.

When we run the numbers, the conclusion seems clear, even if surprising. It seems necessary and urgent to find some way of pumping enormous volumes of water up and down some giant elevations.

Below is a quick recap of this vexing energy storage problem. And then I’ll explain why I think the ocean can help us solve it.

Our energy grid has a spending problem.

Our energy grid is very bad at saving the energy it produces. Global storage capacity is less than 2% of our total energy production [c2es.org].

This is a huge problem. Because in order to avoid “substantial damages to the economy, environment, and human health over the coming decades” we will likely need an energy storage capacity of 100% or more (see part one). The scale of this expansion is so daunting that we don’t even have a plan yet for achieving it.

A piggy bank for our grid

Our grid would actually be much safer and more efficient if we had the capacity to store energy for a proverbial rainy day. But we simply have nowhere to put it. There are no batteries large enough to hold the world’s energy. Electrochemical battery storage is too expensive. Our best tool for energy storage is in fact simple gravity and water; pumped hydro solutions comprise 94% of the world’s stored energy.

Considering the facts above, it feels clear to me that we must build dozens or even hundreds of times the amount of energy storage we have today. And the most viable solution seems to be pumping enormous volumes of water up and down a giant hill.

It seems obvious where to get vast quantity of water: the ocean. The hard question is, where to get a giant hill? I propose that instead of looking up, we look down.

Can the ocean store the world's energy?

We know that the ocean can generate power through wave and tidal energy. But can it also give us a battery to store energy?

Here’s a quick refresher about how gravitational potential energy works. It's simple. The amount of energy you can store using just water and gravity is:

Creating a giant battery is simple in theory. As described above, you just need to drop a lot of water through a turbine, lift it back up, and repeat. The earth is already a giant dam for the ocean. So what if we built a huge reservoir deep below the ocean surface?

Concept 1: Sink giant tanks to the bottom of the ocean.

What if we build giant submarine water tanks and sink them to the bottom of the ocean? During the day, we could use solar and wind power to empty them. Then at night when our solar power blinks out, we let the ocean refill our tanks at high pressure which spins turbines which powers NYC all night.

How big would these water tanks have to be? I did some quick back-of-the-napkin calculations to find out. In order to supply New York City with power all night long, it seems we would need about:

5 submarine tanks, one mile deep on the ocean floor. Each about 13 meters in diameter and one mile long. It might cost about $0.2 billion.

My next question was, where would we even put these tanks? Where is the ocean floor a mile deep? Well, there just so happens to be an underwater canyon 100 miles off the shore of New York. It’s called the Hudson Canyon and it’s over one mile deep. It was carved by the hudson river, not unlike how the Colorado River carved the Grand Canyon.

Here's a video to give a rough impression.

If you still think this sounds crazy, maybe it will help to see some precedent. Here are some existing projects working on a similar technology. The Fraunhofer Institute in Germany has already demonstrated a seabed-based pumped-storage structure.

German engineer Rainer Schramm says a system like this can have a round-trip efficiency of around 80%. This is on par with dam pumped storage.

Of course, there are also numerous obstacles to face with a design like this. One huge problem with building in the Hudson Canyon is that you'd have to build in international waters. That alone could sink the project's potential. But before we get anchored down by such pesky realities, let's move on to Concept 2 which I believe will prove to be the winning option anyway.

But first a budgetary reality check.

Big numbers can be hard to wrap your head around. A quarter billion dollars? Just to store energy? Just for New York City? You might read these figures and conclude it's all just too expensive. Well, maybe there's a cheaper option. But what if there isn't? And what if it's simply more expensive to do nothing?

$0.2 billion might sound like a lot of money, but it is still cheaper than using electric batteries to build an equivalent system. My back-of-the-napkin calculations say it would cost 10 times as much to accomplish the same job with tesla power walls. And, importantly, tesla power walls have a life expectancy of only 10 years. Our water tank system on the other hand might last decades with relatively little maintenance.

It's critical to acknowledge that we must pay for climate change if we don't build a solution. A US government report estimated that American taxpayers have already lost $350 billion over the last decade, or $35 billion a year [finance.yahoo.com]. And we don't know how fast that number will grow in the coming decades if we do nothing.

Okay, enough doom and gloom. Let's renew some hope with Concept 2, which I think could be even better than Concept 1.

What if we dig a hole deep into coastal bedrock, and then dug miles of horizontal tunnels deep underground, and then flood those tunnels with sea water?

Just like Concept 1, we would use solar and wind power to empty them during the day. And then at night, we could flood them to spin turbines which would power NYC. Here's a rough video sketch to give an impression.

Again, these are just very rough guesses. But back-of-the-napkin, if we used a digging technology similar to the tesla boring machine, we could supply NYC all night long for about $1 billion.

Yes $1 billion is a lot of money. But it's still cheaper than chemical batteries. And the storage gain per cost is still in the ballpark as existing projects like the $3 billion retrofit of the hoover dam mentioned in my previous blog post.

Still think it can't be done?

In case you're wondering if it's crazy to dig tunnels a mile deep, the best reassurance I have for you is that Elon Musk thinks it's quite feasible.

Also, it's worth noting that 10,000 feet is nearly twice as deep as the one mile I'm using. I used one mile because it was a conservative round number. And it matched the depth of Concept 1. But if we dug two miles down instead of one, it would nearly double our capacity and therefore halve our cost to $0.5 billion.

I think it's interesting that Musk mentions 10,000 feet as a viable tunneling depth even while disclaimering that he wouldn't recommend it for traffic tunnels. Of course this makes sense, because you gain nothing by digging traffic tunnels deeper than you need to. So is it curious that Musk mentioned the number at all? Probably not. It's probably just an interesting fact from their research. But, maybe this depth is also important to Musk and his team; maybe they have already dreamed up this same idea, and maybe they are actively working on underground pumped storage designs. I wouldn't be the least bit surprised. And I hope they are. If this concept proves as compelling as it seems, then for the sake of the whole planet, we need to think big and move fast. And I can't think of anyone better than Mr. Musk to lead such an effort.

Every year it becomes more obvious: Climate change reversal is our generation’s moonshot mission, and failure is not an option. So let’s buckle up, think big, and get to work. I'm sure that my napkin-calculations have errors. (Please send feedback!) And it might turn out that these ideas are not viable after all. But regardless, I hope these posts were informative and interesting. And I hope they inspire others to keep thinking of big crazy ideas that just might work. Because they might be our only hope.

Thanks for reading. Any corrections are always appreciated. I will try to update any errors and keep archives of the original versions. 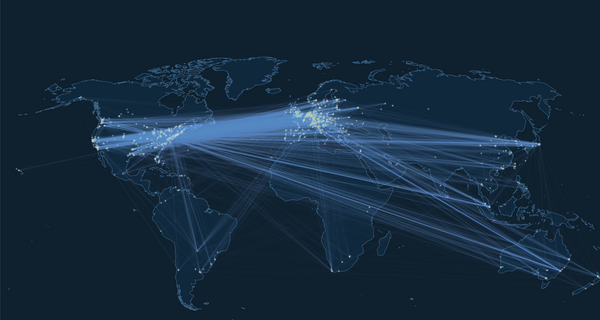 Why does a bitcoin have any value at all? What if this is the wrong question. This essay suggests that the value of a bitcoin is better understood as an emergent property of the bitcoin network. It's the network which is actually valuable. A bitcoin is just the ticket price to use the network.

Climate change is on track to wreak havoc unless we curb oil consumption. It turns out that we need more than green energy generation. We also need huge amounts of battery storage. Here's why the only battery big enough might be water and gravity.

Syllable Blog
—
Can we create the world's largest battery deep below the sea?
Share this